Patta and Umbro are proud to present our second range of historical football jerseys paying homage to Patta’s hometown and its corresponding team. For this collection we asked iconic goalkeeper Stanley Menzo to model the collection and we interviewed him about his inﬂuence in the original jersey design.

Stanley Purl Menzo (born 15 October 1963) is a retired Dutch football player who played as a goalkeeper, and until recently worked as a manager of Ajax Cape Town in the South African Premier Soccer League. Most of his professional career was spent at Ajax (ten full seasons), appearing in more than 300 ofﬁcial matches with the club and winning nine major titles.

“I made my pro debut in a grey & yellow Le Coq Sportif kit, but played in Umbro for the longest time, some time after Kappa. I can’t recall what year that was exactly, but I do remember they came up with typical English goalie shirts. The English goalies in that time would always wear a green jersey with shorts in their teams colors and the same socks as their teammates, I really found that eye-offending. I felt it just didn’t match. The shirt would always be some boring hue of blue or green and I hated that.”

“So when the time came to play in Umbro, licensee Wil Langenberg was there and I just told him “I don’t like what’s available at the moment, can I get a kit that I’m more comfortable in? Something that ﬁts better to me?” And that is how this type of jersey came to be. I was very outspoken about my desire to look good on the pitch and Johan (Cruijff) agreed. So we developed these shirts with Wil & Len Langenberg. I don’t want to fully claim them but I am deﬁnitely responsible for them and I was the ﬁrst with these type of shirts. They come from a very tumultuous time, it was around the infamous *rod incident and they bring back memories of a beautiful time with Ajax.”

“When looking back at old photos of me in action my thoughts are: I look good.. but OH MY, what’s up with those very short shorts, hahaha!”

“I grew up at Ajax, Ajax is my team. Amsterdam will always be my city. My house is there, my family is there. I quit Ajax Capetown now.. If I ﬁnd a new club in Capetown I might stay, but there’s a big chance I’ll return to Amsterdam.”

*The staaﬁncident (Dutch, “rod incident”) was a very serious case of Football hooliganism which took place 27 September 1989 in the De Meer Stadion of Dutch football club Ajax Amsterdam. During a home match against Austria Wien the Austrian goalkeeper Franz Wohlfahrt was struck by a metal rod which was launched onto the pitch by the Ajax hooligan ﬁrm F-side. Ajax conceded the match and as a result were excluded from competing in European football for a year.

The Patta x Umbro Football Jersey 2018 Collection consists of two ‘away’ styles dating from the 90’-91’ season and will be available in store at Patta Amsterdam and London on Saturday, March 17 and online from Monday, March 19 onwards. 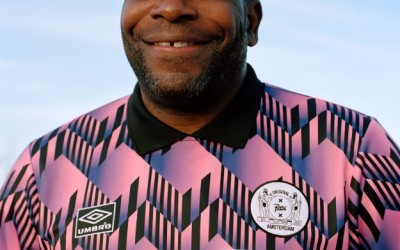 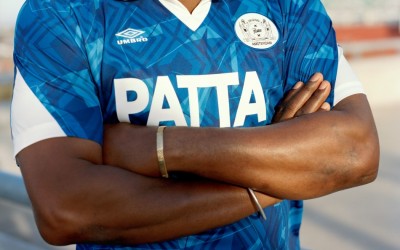 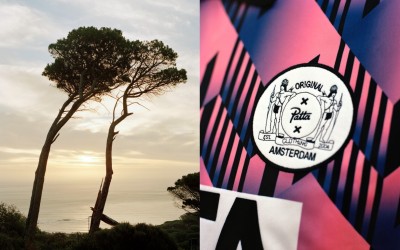 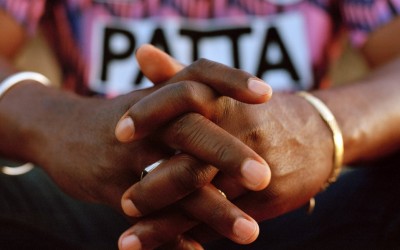